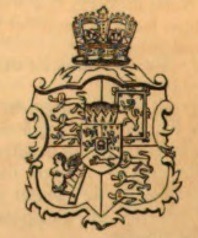 Happy Finnish Independence Day! On this day in 1917, the Grand Duchy of Finland declared itself an independent republic rather than a component of the Russian lands. (Technically, according to the Finnish legal scholars, they became independent by default when Grand Duke Nicholas II abdicated on March 2nd, since Finland and Russia were only ever held in personal union and not politically unified, but the Russians did not agree with this interpretation.) The whole process of independence took somewhat longer, what with the turbulent political environment within Russia, but everything has to start somewhere!

Blazon: Gules semé of nine roses argent a lion rampant crowned or, trampling on a saber proper, the dexter foreleg in the form of an arm embowed and armored of the second garnished of the third, bearing aloft a sword also proper

While the current arms were formally adopted in 1978, their general configuration dates to about 1580. The lion is the oldest element of the arms. It was drawn from the arms of the House of Folkunga, also known as the House of Bjelbo, who produced several Nordic rulers and power brokers, including Valdemar of Sweden. The lion was first documented in Sweden around early 13th century, but they were fairly standard lions – sometimes rampant, sometimes passant guardant, and sometimes crowned, but not bearing any weapons. It’s also probably worth noting that the very wide open mouth of the present-day arms doesn’t have any firm historical basis and is not reflected in the blazon; it seems to have been a design choice that was, for some reason, preserved throughout the centuries. It’s… certainly unique.

Based on the magnificent tomb of King Gustav Vasta, it looks like the double swords were incorporated into the Finnish arms in the late 1500s, possibly from the arms of Karelia. It looks very much like someone grafted the dexter arm (armor and all) onto the lion in lieu of a right forepaw, and put the sabre from the sinister arm underfoot. I quite like this; it’s an innovative and creative way of combining the two coats.

The sword in base has had a pretty consistent visual identity through the years, but curiously, the language of the blazon has changed somewhat. The earliest known blazon of the Finnish arms specifies that the lion is standing on a Russian saber (rysseabel). While I don’t have any proof, it doesn’t seem like a stretch that the specification held some kind of political meaning. If it didn’t at first, it certainly did in later centuries; this specification was, for some reason, dropped from the blazon in 1809 (when Russia took over Finland). They didn’t even call it a sabre; it’s a “curved sword.” Currently, though, the blazon just specifies a “saber.”

The roses don’t seem to have any particular meaning, and there doesn’t appear to be any especial reason to have nine of them. However, it does sound like historians have had fun making up possible origins – the nine historical provinces of Finland! The nine major towns in the Grand Duchy of Finland! (Please do note that none of these theories have any support.) 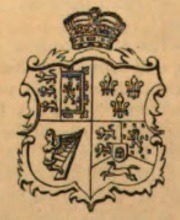 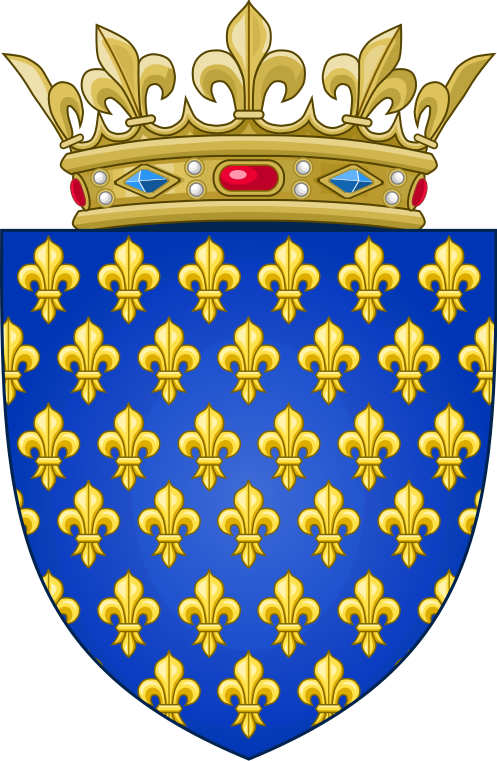 According to legend, the former (ancien) arms of France originated when Clovis I, first king of the Franks, was baptized. He adopted the lily as his new emblem to symbolize the purity of the Virgin Mary and his new faith. However, despite this legend and its name, the fleur-de-lis (literally, lily flower) doesn’t actually look very much like a lily. Most credible authorities, including Boutell, Dalloway, and numerous French heralds, assert that the depiction is intended as some form of flower, probably an iris, that was later confused with a lily. However, there is a poorly-supported but persistent theory that it is actually a stylized spearhead. While this would explain the bizarre figure of leopard’s heads jessant-de-lis, there isn’t much else to recommend it.

Blazon: Azure semé of hazelnuts a horse salient or

The hazelnuts are derived from the arms of the former municipality of Haselbach (or “Hazel Creek”), while the horse refers to the town’s former business of making deliveries by horse. The tinctures are taken from the arms of the abbey of Rein, who controlled the area after the Dukes of Styria.

Maufe possibly died in 1324. The name seems to have been concentrated mostly around Sussex.

Blazon: Per pale gules two keys in saltire argent, joined in base by a chain sable and argent semé of trees eradicated proper