These are cited as a Robert Louis design, but I think it’s probably more accurate to say that he made the decision to use the arms of Rouergue for Aveyron. Rouergue was formerly its own county from about the mid-800s until 1271, when it returned to the crown. However, some of its territory had been incorporated into the county of Rodez, providing a modicum of continuity. In 1790, Rouergue was resurrected as the department of Aveyron. Both Rouergue and Rodez used the same blazon, so carrying it over to Aveyron is, I think, a reasonable choice.

Blazon: Gules a cross of Toulouse or within a bordure embattled argent

This is a tricky one; it doesn’t seem to be a Robert Louis coat, nor does it appear to be official, so I really don’t have a good way of dating it. The cross of Toulouse, of course, is the historical and current symbol of Occitanie, the department’s administrative region. (There are a lot of crosses of Toulouse in Southern France.) One of my favorite sources speculates that the bordure embattled could be a reference to the walls of Carcassonne, the capital of the department. I’m not sure how credible this is; if it were a Robert Louis design, or even a twentieth-century one, this could be a fairly plausible explanation. But… Aude is one of the departments created in 1790, during the administrative reforms of the French Revolution. If the arms really do go back that far, I’d be somewhat more skeptical of the symbolic rationale.

The larger arms are those of the county of Foix, which has a long history as an independent fief during the Middle Ages before it was incorporated into the French crown in 1607. The escutcheon with the bell is intended to represent Couserans, but this may have been a misattribution; these arms were sometimes connected to the territory of Couserans, but some sources connect them with the city of Saint-Lizier, which was also called Couserans. The viscounty of Couserans, though, definitively bore or a bordure gules. 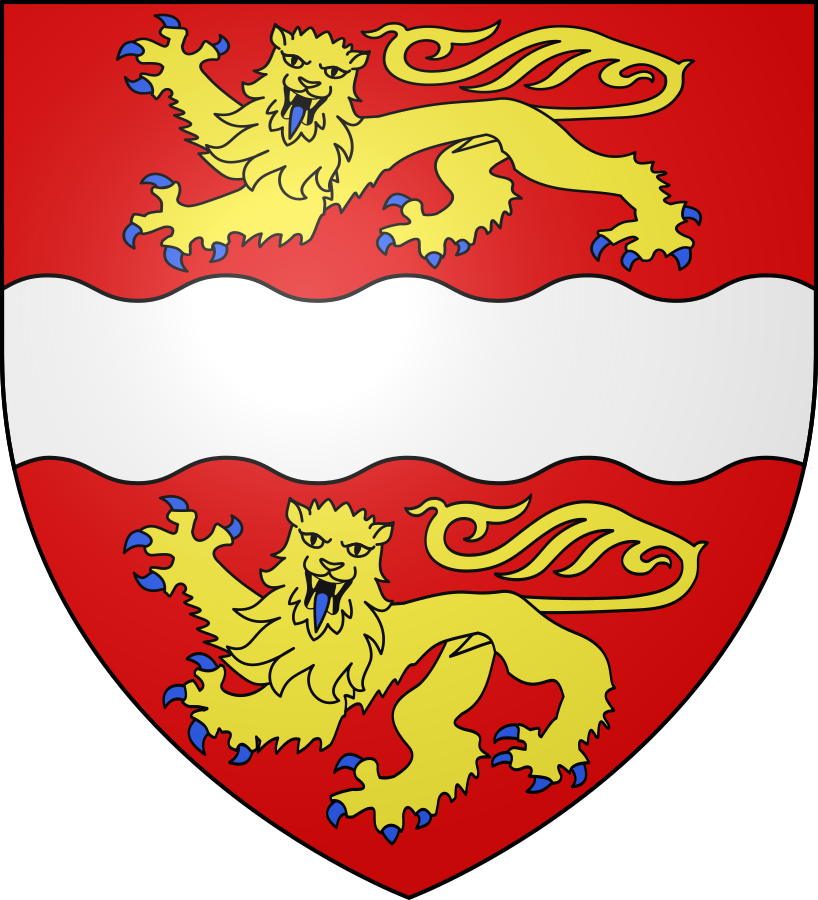 As is the theme with Robert Louis-designed arms, there’s not much of a deeper meaning to these. They depict the Norman lions and the Seine (the fess wavy). Argent is a fairly common color for water in heraldry, and especially on a background of color (as opposed to metal), really the only option.

Blazon: Per fess gules two lions passant guardant in pale or armed and langued azure and of the last three fleurs-de-lis of the second within a bordure of the first charged with eight plates

I’m not entirely clear on the status of most of the Robert Louis arms, but these are explicitly unofficial. This feels slightly less lazy than some of the other departments, even though it is just a pairing of Normandy’s arms with the county of Alençon, the “capital.” Still, though, it feels like at least a nod to the region’s history and not just… throwing in some azure and wavy partitions to vaguely invoke the sea. These particular arms reflect those of Alençon under the rule of the Capetian house of Valois – hence the royal arms of France within the bordure. 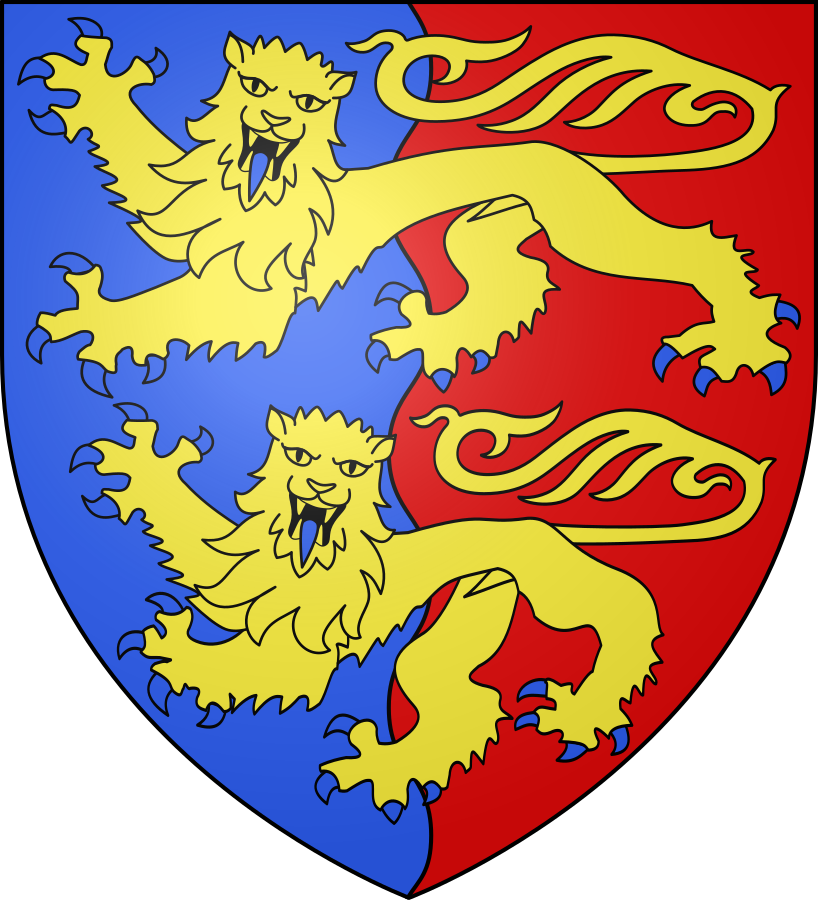 Blazon: Per pale wavy azure and gules two lions passant guardant in pale or armed and langued of the first

Oh man, Robert Louis really just ran out of ideas in Normandy, didn’t he? This is just the two lions of Normandy with a wavy blue half of the shield stuck over on the left to mimic the English Channel to the west. I guess when you design literally hundreds of coats of arms, they can’t all be winners.