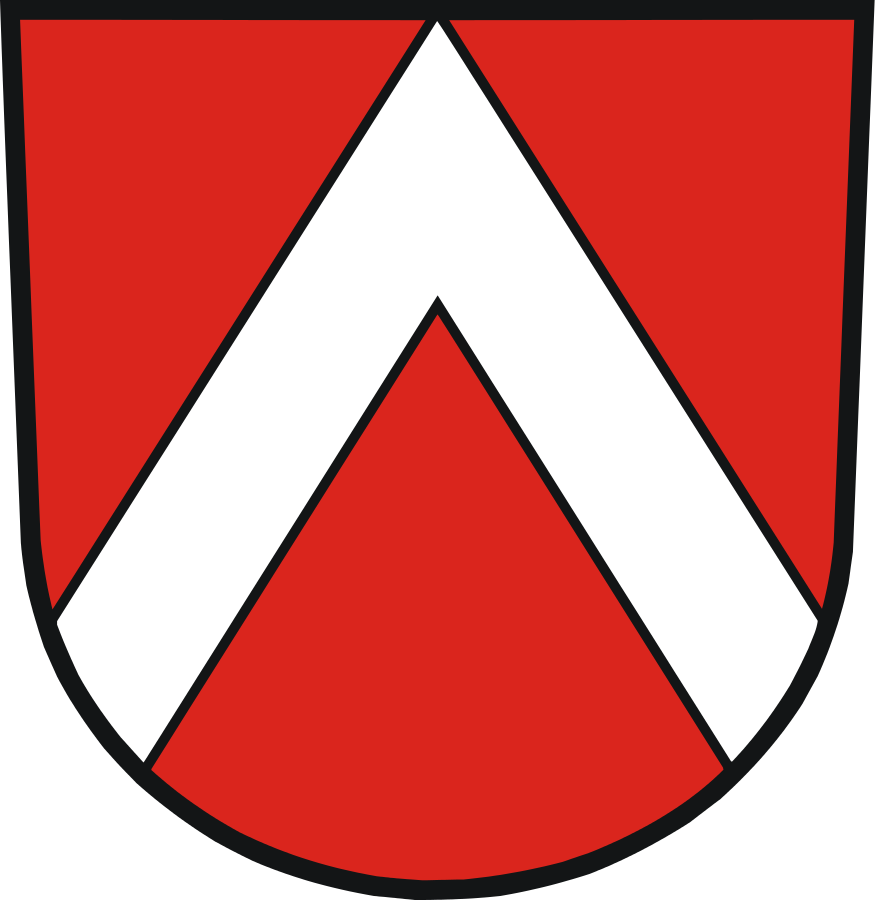 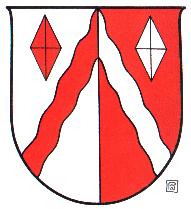 I can’t quite tell if this is actually significantly better than most armory from the modern era, or if I’m really just a sucker for counterchanging, but either way, I find these arms very visually satisfying. There’s a bit of history there, too – the colors, counterchanging, and “faceted” lozenges come from Admont Abbey, which had possession of the town in the Middle Ages. The two halves of the chevron each represent one of the rivers that makes up the local watershed – the Salzach and the Enns.

Maurice de Berkeley fought in both France and North Wales before joining the Baron’s War in 1264. He married Isabel FitzRoy, a granddaughter of King John through his illegitimate son Richard FitzRoy, and they had at least one child. That child, Thomas de Berkeley, was created the first Baron Berkeley by writ in 1295 (although he was the sixth by descent). The title made it another five generations before the family died out. The arms of the barons Berkeley are gules a chevron between ten crosses paté six in chief and four in base argent; these were probably derived from Maurice’s arms. 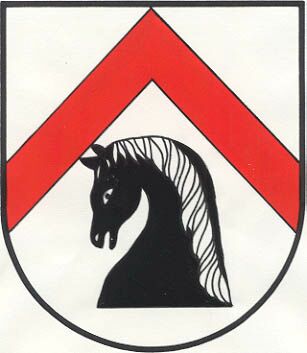 Blazon: Argent a chevron gules, in base a horse’s head couped sable

The chevron is apparently drawn from the medieval arms of the Lords of Ebbs, though I could not find an example of their arms. The horse head is both a formerly canting element – the Roman name of the town translates roughly to “horse river” – and a reflection of the importance of horse breeding in Ebbs. Haflingers are a popular breed in the region, and the Fohlenhof has been an established stud since 1947.

Blazon: Or a fess between two chevrons sable

Remember Gerard de Lisle from last week? Well, Robert is one of his relatives, probably his father, but maybe his nephew. It took me a while to puzzle out the seemingly contradictory information I found in my sources to create a rough family tree, but this seems to be the gist of it. (Please note that I’m guessing on a lot of this.)

Robert de Lyle/Lisle of Rougemont married Alice FitzGerold sometime in the mid-1200s. They had two children, Warin and Gerard. Warin, as the oldest, inherited his father’s arms and titles; as we discussed last week, Alice granted Kingston and her family’s arms to Gerald. Warin married Alice de Montfort, probably before 1288 when their son Robert was born, and then died in 1296. This Robert inherited his father’s lands in 1310 once he stopped being a minor, and sometime in the next couple years was created the 1st Baron Lisle of Rougemont.

Back to Gerard of last week. He married Alice d’Armentieres and had a son whom he also named Warin, because why be creative when instead you could confuse future researchers? This Warin married Alice le Tyeys (seriously, there are only like four names in this family), had a son named Gerard (SERIOUSLY) in 1304, and then died in 1321. I have no idea how long Grandpa Gerard lived, but if Warin predeceased his father, that would explain why the ownership of Kingston and the corresponding arms passed directly to Grandson Gerard. He got the Baron title in 1357.

Blazon: Or on a chevron gules a Stafford knot of the first, on a chief azure a lion passant guardant of the field

Crest: Issuant from a mural crown proper a Stafford knot or

Supporters: On the dexter a lion reguardant gules ducally crowned or and on the sinister a griffin reguardant of the second

While the knot is the most common symbol of the Stafford family (who bear or a chevron gules), the lion and griffin are also Stafford badges.

Crest: On a wreath of the colors issuant from a wreath of bay leaves vert banded or a demi-stag proper gorged with a crown of or pendant therefrom an escutcheon ermine on a chevron vert between two chevronels the chief per pale azure and gules, the base per pale gules and azure, a cross paté or, holding between the forelegs a fountain

Supporters: Two stags proper gorged with a ribbon argent pendant therefrom an escutcheon azure issuant from the base an elm tree proper in front of a sun rising or and resting the interior hind hoof on a charred woodstock proper