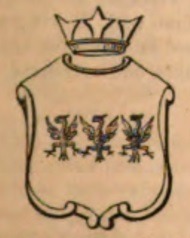 Again, these arms are retroactively (if commonly) attributed to Owain, but there is zero evidence he used a coat of arms at all, let alone this particular one. If this were legitimate, it would actually be pretty decent evidence against heraldry as we understand it being used at this point in Welsh history; if that had been the case, I’d expect to see some similarities between the arms of the father and those of his eldest (surviving) son and heir.

Anyway, Owain spent the first several years of his reign pushing the borders of Gwynedd outwards. However, he lost several territories when Henry II of Ireland invaded in 1157. Owain did eventually regain his conquests after Henry’s main Welsh ally died, and a second English invasion failed due to terrible weather.