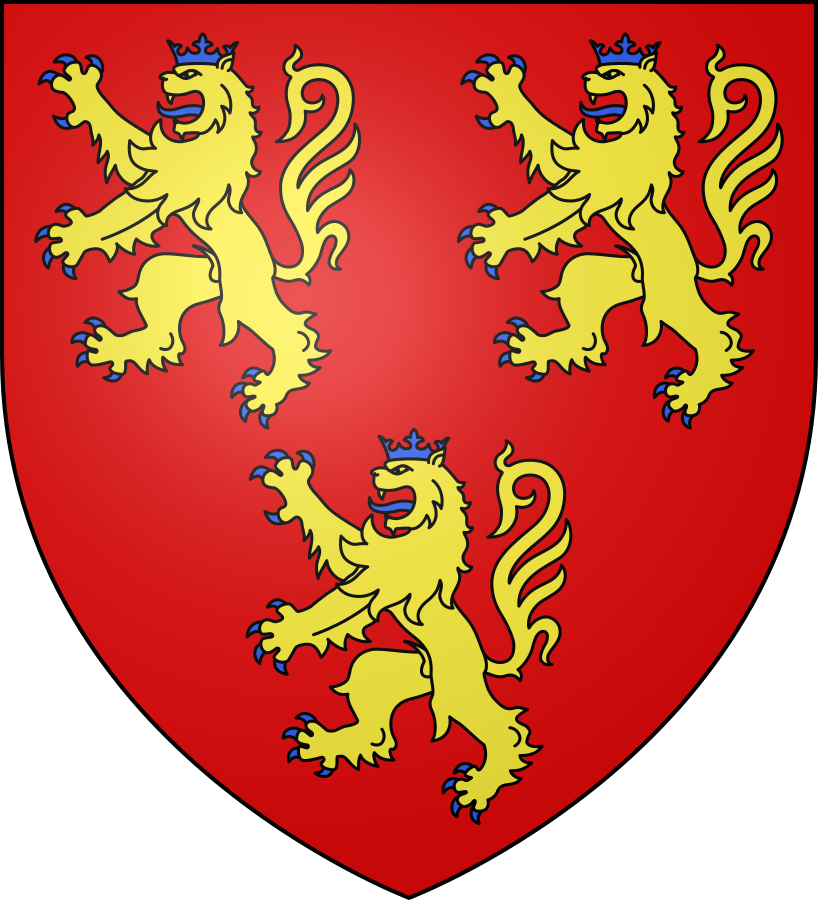 The arms are apparently those of the counts of Périgord, a peerage created in 845 by Pépin I. Impressively, the same family kept the title until 1399, when it returned to the royal house of Orleans. It was granted to a few different houses after that, before the title finally became defunct in 1604. A seal dating to probably the mid-thirteenth century shows a very similar coat of arms (minus the tinctures, of course). Dordogne contains essentially all of the former region of Périgord, so it makes sense that the arms would transfer as well.