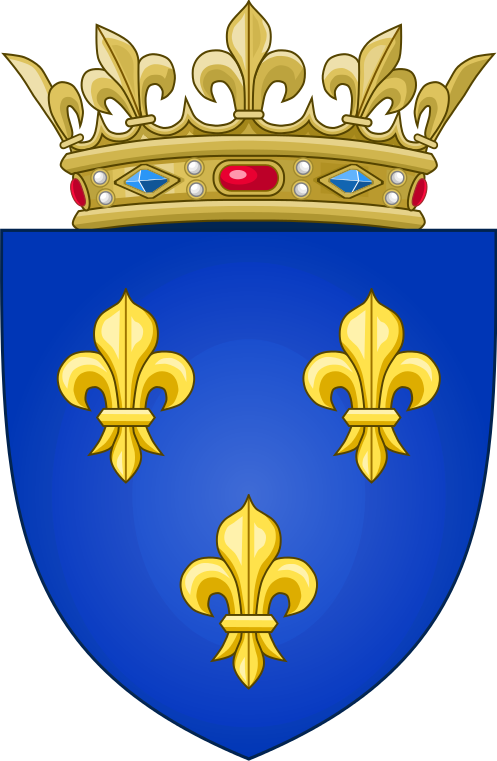 In an effort to double down on the Catholic symbolism of the French national arms, Charles V of France reduced the number of fleurs-de-lis on the arms from undefined but large (blazoned as semé, or “strewn”) to three. This was an allusion to the Trinity as well as the Virgin Mary; the lily is one of her symbols. Napoleon discarded the former royal arms when he became emperor in 1804, and though the three fleurs-de-lis were briefly restored along with the Bourbons in 1814, they did not survive the July Monarchy. The traditional supporters of the arms of France were two angels proper.