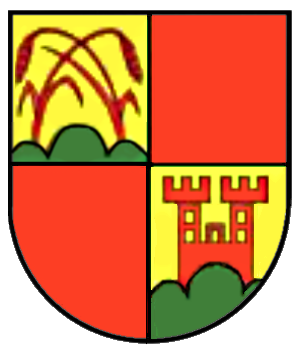 The first quarter of the arms preserves the town’s former coat of arms. The third quarter shows the arms of Burgberg, which was incorporated into the town in 1974.