Blazon: Per pale sable a lion rampant or, armed and langued gules and paly bendy argent and azure 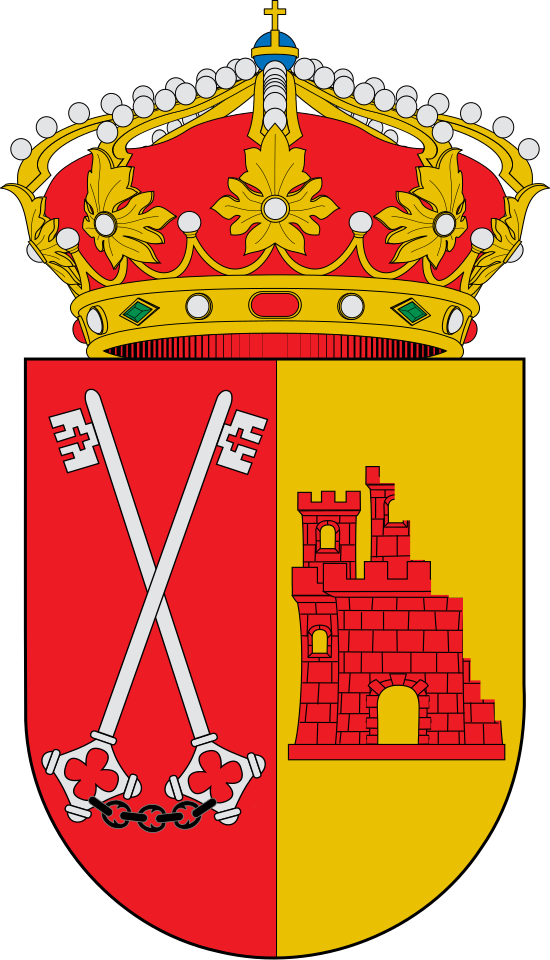 Blazon: Per pale gules two keys in saltire argent, joined in base by a chain sable and or a castle triple-towered, the sinister side in ruins gules Ferne presents the coat without any special commentary, besides noting that Gilbert de Gant had chosen to bestow the earldom on his daughter rather than on his son Walter – an unusual choice for the time, and evidently intended to make her more marriageable. Unfortunately, I cannot find any evidence that either of the individuals to whom these arms are attributed existed. It does not seem that, as Ferne asserts, Gilbert de Gant had a daughter named Maud, and even Ferne seems to gloss over the Fitzwright family; it takes less than a full sentence for the earldom of Kyme to pass through the Fitzwrights and to the Umfravilles, whose male line would eventually die out. It might be feasible that Ferne mixed up the names, and meant to write that Lucy, William de Gant’s sister, brought her titles into the Umfraville family; however, the text refers to Fitzwright and Robert Umfravill, Earl of Angus as distinct individuals.

Blazon: Per fess bowed embowed or and azure, in chief an eight-spoked wheel and in base a beaver sejant reguardant counterchanged

Blazon: Per fess vert a castle triple-towered argent windowed gules on each exterior tower an eagle combatant, wings addorsed and inverted sable, armed of the third and gules a lake barry wavy argent and azure

Blazon: Per pale indented argent and gules, on a chief or three torteaux, the center charged with a cinquefoil pierced ermine, the others charged with a mascle of the third

Crest: On a wreath of the colors a dragon gules preying on a boar passant argent

Supporters: On either side a ram reguardant sable, armed or