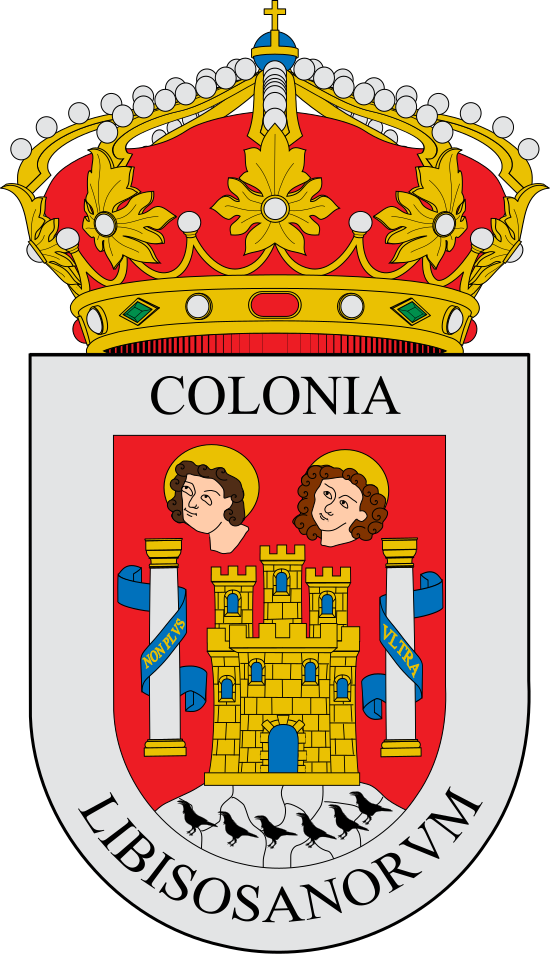 Blazon: Gules a castle triple-towered or windowed azure between the pillars of Hercules argent, capitals and bases of the second, intertwined with two banners of the third, charged with the mottos on the dexter “Non Plus” and on the sinister “Ultra”* of the second, in base a stone road leading to the castle door in perspective of the fourth, thereupon six crows close in fess sable, in chief two heads couped and nimbed proper, all within a bordure of the fourth charged with the motto “Colonia Libisosanorum”** of the fifth

**Libisosa, an ancient city in the region. Ptolemy and various others refer to it in their writings. 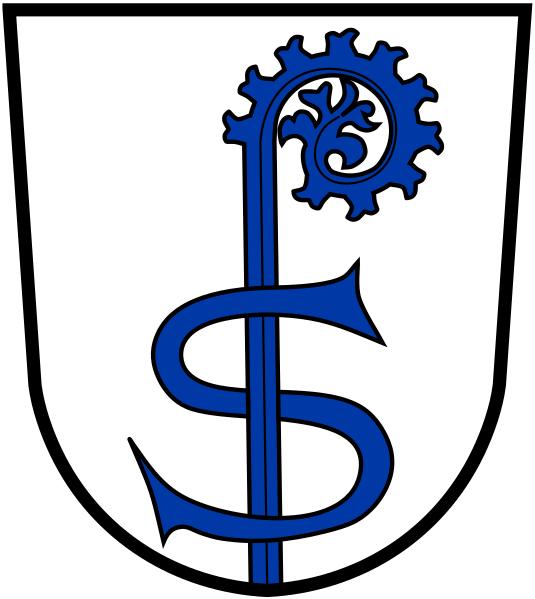 The name of Gentleman, can not by common right, appertain to any, except to those of coat-armors.

Blazon: Per pale argent a fleur-de-lis, the middle part of which is a passion cross, azure and gules an eagle displayed argent

Blazon: Or an anchor sable

Blazon: Argent a cross of Santiago gules surmounted by an escutcheon in the fess point per quarterly I and IV gules a castle triple-towered or windowed azure (Castile), II and III argent a lion rampant purpre langued gules (León), all between two stems of lilies proper