Blazon: Azure on a cross moline argent between four molets of five points or a rose gules barbed and seeded vert 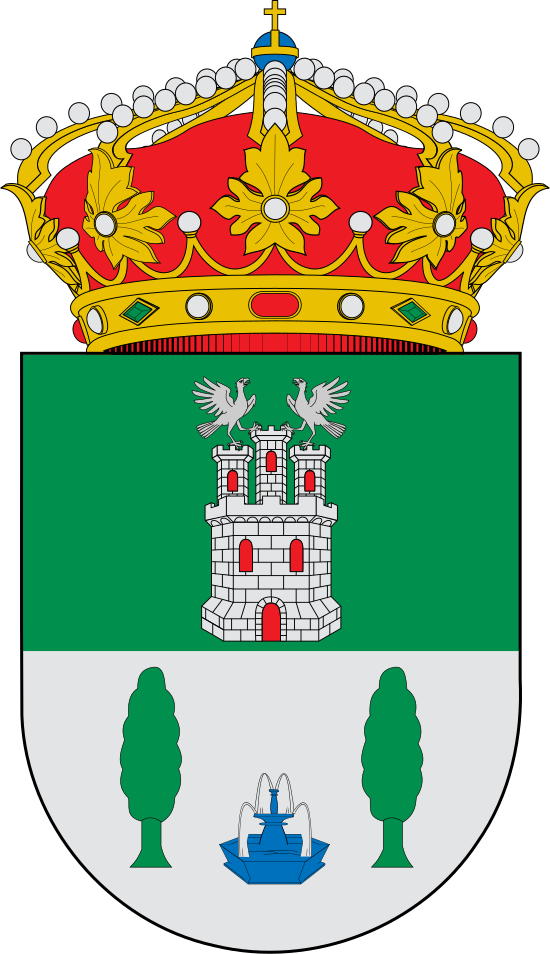 Blazon: Per fess vert a castle triple-towered argent windowed gules, on each exterior tower an eagle combatant, wings elevated and addorsed of the second and argent a fountain azure issuing four streams of water of the field between two trees vert Ferne has some stern words for arms such as these that do not obey the law of tincture: “if they be not both agreeing with the conformity and seemly observance of Blazon & Armory, & also approved by the King of the province… the said coats be no Arms, by the strict sentence of law: and the bearers thereof are not thereby made Gentle or Noble, since that they have not borne the ensigns of Gentry, but the signs of Merchants, Carters, or the like unnoble persons.”

Blazon: Gules in base a church, in chief two keys in saltire argent

Blazon: Argent on water in base barry wavy azure and the field, in dexter a city fountain proper, spouted or and issuing a stream of water of the second and in sinister a tree vert, all within a bordure of the field charged with the motto “Fons Sanctus Ab Dono Virginis”* sable

*Sacred fountain, given by the Virgin

Blazon: Vert on a fess wavy between in chief three seaxes conjoined in pile reversed argent pommels and hilts or between two millrinds and in base a garb of the last, a bar wavy azure

Crest: On a wreath or and vert on a mount vert in front of a representation of the tower of All Saints Church Springfield between two poplar trees proper a plow or

Blazon: Per fess argent gules three plumes in fess issuant from the partition line and azure a bathtub or charged with a molet of five points sable

Blazon: Per quarterly I and IV chequy or and azure, on a chief of the second, three fleurs-de-lis of the first (Vermandois), II and III sable on a cross argent five escallops gules (Rouvroy)